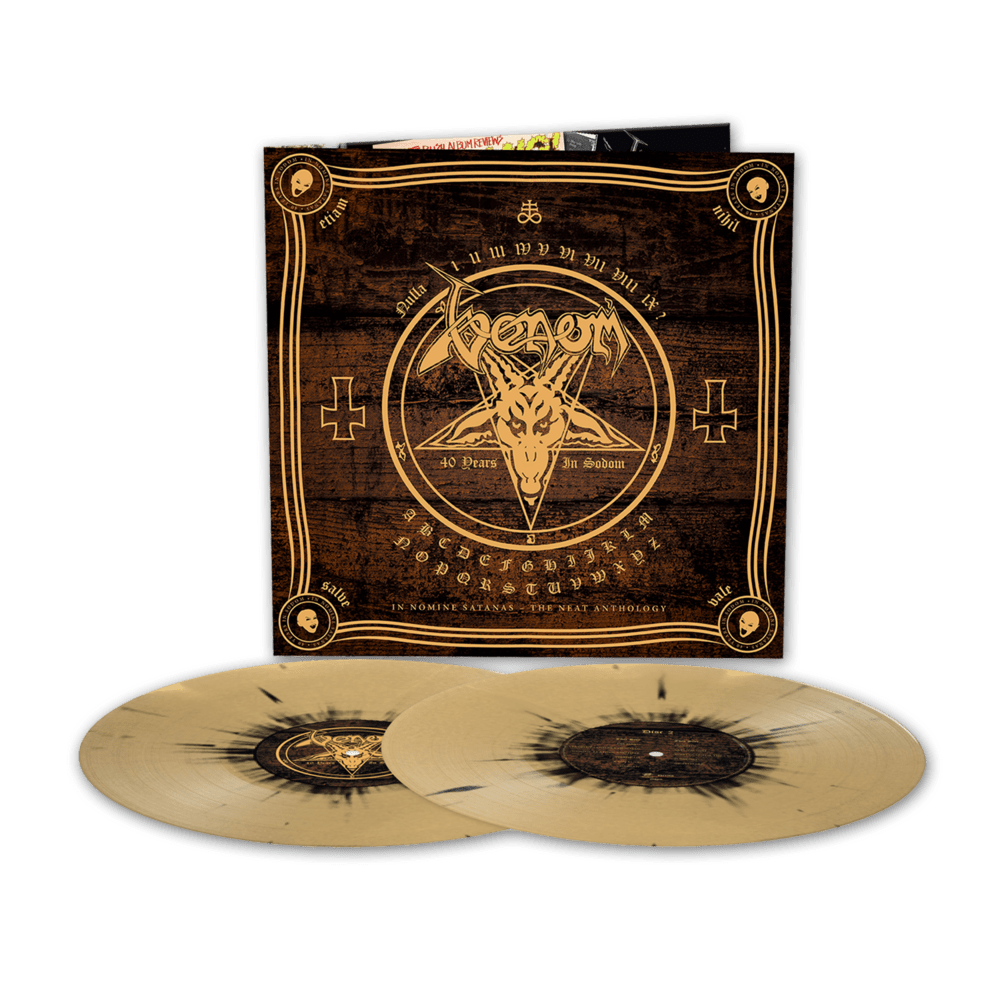 This item is currently out of stock, you can still place your order as more will be arriving soon.

Venom are an English extreme metal band formed in 1978 in Newcastle upon Tyne. Coming to prominence towards the end of the new wave of British heavy metal, Venom's first two albums—Welcome to Hell (1981) and Black Metal (1982)—are considered a major influence on thrash metal and extreme metal in general. Venom's second album proved influential enough that its title was used as the name of the extreme metal subgenre of black metal. The band classic line-up trio of Cronos, Mantas and Abaddon recorded two further studio albums At War With Satan (1984) and Possessed (1985) and live album Eine Kleine Nachtmusik (1986). Often cited by bands such as Metallica, Behemoth, Celtic Frost and Mayhem as major influences, they are one of the most revered bands of their generation.  Venom are still fronted by original singer/bassist Cronos and headline festivals all over the globe and continue to release new music. In Nomine Satanas is a celebration of the bands formative years, containing all the classic line-up albums and an album of previously unreleased demo songs that dates back to 1979 when the formed.

1. Welcome to Hell
2. Angel Dust
3. In League with Satan
4. In Nomine Satanas
5. One Thousand Days in Sodom
6. Bloodlust